Siren Head is a popular new character on the Internet that makes everyone shudder with horror and a sense of fear. It is a mysterious humanoid creature with a tall and bony constitution, with dry skin the color of rusty metal, with long, thin arms to the ground. The main feature of this monster is its neck, which looks like a tree trunk, on which, instead of a head, are attached two sirens that emit loud sounds of a different nature, depending on the situation, in order to attract and deceive the victim. This creature is very aggressive and dangerous. We invite you to dare and explore the monster in coloring pages. A tree-like skeleton with two metal horns instead of a head. A tall, thin skeleton making loud noises in search of a victim. A frightening monster with sirens instead of a head. 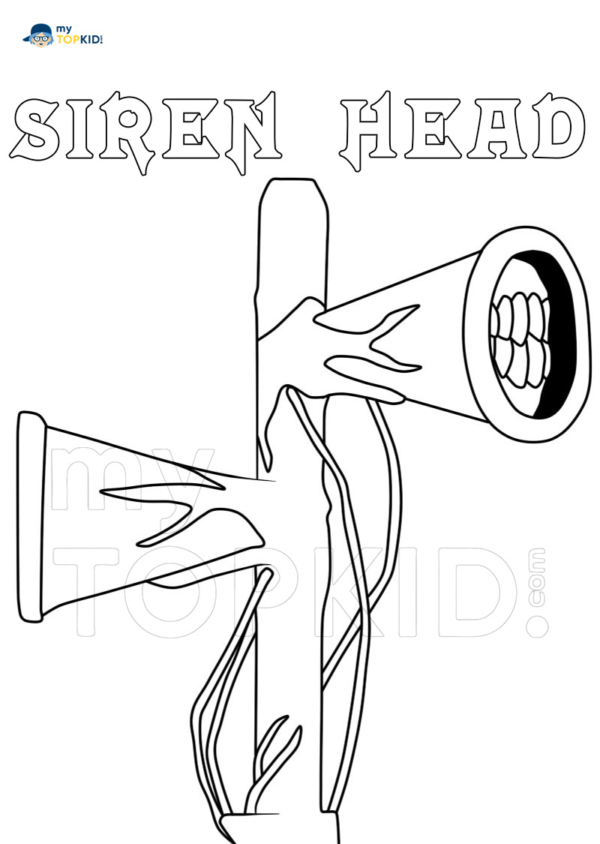 A humanoid creature with a bony build and hands to the ground. A monster with two sirens instead of a head, making loud and attention-getting sounds. The two horns of this creature are capable of imitating the voices of humans and animals. The sirens of the monster are wrapped in black wires Aggressive and dangerous creature for people. Loud sirens of monsters have a huge jaw with teeth inside. A humanoid that lures lost residents. Predator that lives in the forests